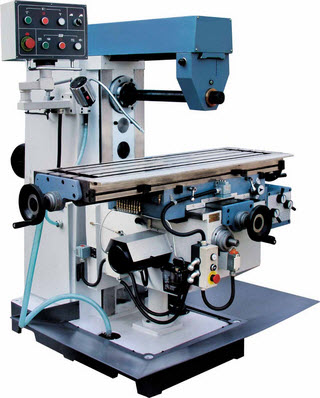 Imagine that you are running a machine tool, be it milling or a lathe, but you are not in direct control. Someone else has the levers, dials and buttons.

All you have to do is simply tell him or her what to do and it is done. This is because this “Operator” is far more adept in running the machine than you are, or any human being for that matter.

This “Operator” here is the Computer in “Computerized Numerical Control”, or as more commonly known, CNC.

At the business end, a CNC milling machine or a CNC lathe is the same as any manual machine. A CNC machine may have bells and whistles added to them, but they both do their job in the same manner.

Most of the tools can be used in either a manual or a CNC machine to do the same job in many cases. The main difference is the computer that controls the CNC machine.

How Does Numerical Control Work? 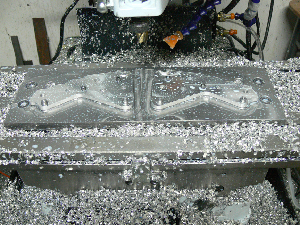 If you put the drawing of a part that needs to be machined on a piece of graph paper, you can get the coordinates of the points that the cutter or the tool has to move through.

The computer on a CNC machine tool just runs the motors of the machine so that the tool moves through those points. Control by coordinates, i.e., numbers, that’s Numerical Control.

Letting the computer “see” the drawing on the graph and telling it exactly what to do is called Programming. The coordinates themselves have to be put in or perhaps just the drawing needs to be done.

There are codes to tell the CNC machine how to move (on straight line or on arc), how fast to move (feed rates, spindle rpm), when to turn on coolant, when to stop it…the list goes on.

Every action that CNC machinery can take has a code associated with it. There are hundreds of machine manufacturers out there, with hundreds of best ideas how they should work. Luckily, the codes are mostly standardized. 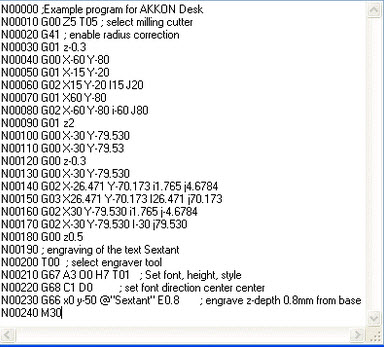 Often, you would hear “G code” programming in CNC discussion. The reason is that this “Standard” list of code has lots of G’s in them.

Like if you want to move the machine to point x, you have to type G1 followed by coordinate of the point. Next code G2, or G02, is for the arc… and the list continues. Also, there are “M” codes which are arguably the second most prominent. These codes can turn on or off the spindle, control coolant and many such functions.

Advantages of CNC machines can be thought of in two opposite extremes. Think of a workshop that makes low volume but highly complex parts, most of them one-of-a-kind.

With manual machines, getting the desired shape out of the machines will be very difficult and time extensive, if not impossible altogether. CNC equipment can machine very complicated sculptured shapes by moving in 3, 4, 5 or more axes at the same time.

On the other end of the spectrum, where you have to make large number of relatively simple parts, manual machines with human operators can produce substantial amount of out-of-spec instances or rejects.

This is mostly because human operator can keep productivity at peak for only a limited time, especially if the work is monotonous.

A computer does not have this limitation. You tell it what to do and it will do it in the morning and the same thing at the end of the day when it churns out 100th or 1000th piece. You can even let it run continuously day and night.

On the downside, CNC is more expensive to buy and maintain. You will also need people with higher skills to program and run them. However, as CNC is now a mature technology, the benefits usually far outweigh these small trade-offs.