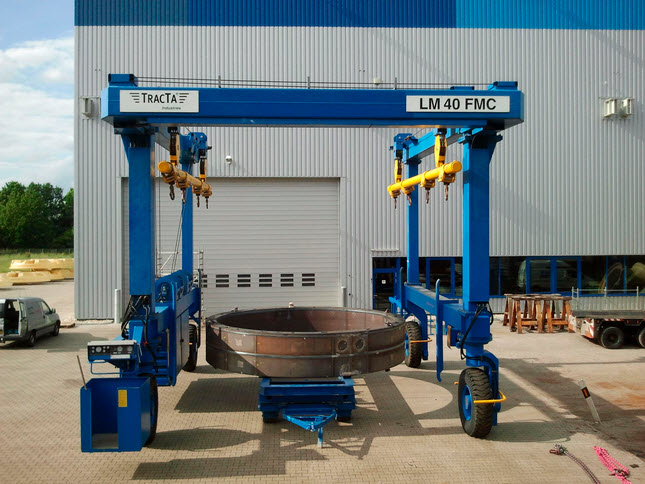 Bridge cranes are part of the many cranes available in the world. Bridge cranes were given their name because they require not less than two horizontal beams for locomotion.

How a bridge Crane Functions

The bridge supports a pulley system and a trolley. The bridge cranes are used in places where a lot of weight has to be lifted. Such places may include the warehouses, shipyards, and factories. Bridge cranes for sale are available to any buyer who may wish to use them in his establishment. They come with different features, but one should consider buying from suppliers who have earned a good reputation already.

Many people have found the bridge cranes invaluable equipment despite the improvement in the technology today. This is because they come with many benefits. A positive benefit about the bridge cranes is that they are simple to use. This, however, requires that the purchaser installs it himself if he has the knowhow and if he is not competent enough consider the services of an expert.

They are capable of working even in areas that are confined. With the attendance of qualified personnel, the bridge cranes are cost efficient in terms of their energy consumption. People consider them safer than forklifts.

These cranes make it possible to have a diversified workforce. Bridge cranes ensure that the work can be done by both genders. Fewer numbers of people who will find it difficult to work manually can collect the load from the cranes. That set aside even the women can do it better especially when the entire workforce in the organization continues to age.

The use of these cranes will thus promote the goodwill among the employees, which may translate to high productivity for the organization. Additionally, more return on the investment will be realized in less time due to increased productivity.

The versatile bridge cranes can be used for many applications today. This is because they are applicable to many industrial situations. These bridge cranes have seen organizations make proper use of their workforce because they do not expend a lot of physical strength in operating the crane.

Their ability to lift unimaginable loads for a short time makes them more efficient and productive. This efficiency, however, requires that the user to have a crane that fits the workspace in his organization. The bridge cranes are viewed to function better in a rectangular work space as loads can be moved better.

They are used for maintenance that requires the removal of heavy rolls and equipment. Bridge cranes are used in the initial process of constructing paper machines as they facilitate the installation of massive cast iron drums for drying the papers and lifting of other heavy equipment weighing up to 70 tons.